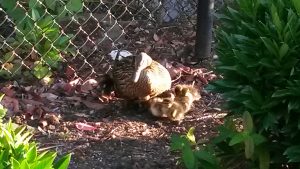 We had some unexpected excitement at SeaTacPark last night. Below, read the firsthand account from our very own shuttle driver, Jim!

“Well, we had a little drama on the lot last night. After I dropped off a customer, I was driving down fire lane south to stage and saw a female duck frantically pacing around a storm drain there. Sure enough, I could hear the little screams of what sounded like a baby duck coming from down in the drain. I talked to Tony and then called 911 but learned that the Kent Fire Department doesn’t do ducks. Well, my neighbor and friend and a former driver of ours, Charlie was my next call. His wife is a big bird and animal lover so figured he’d be sleeping on the couch for a month if he didn’t help. Charlie came out with his step-daughter Nikki, and managed to pluck not one but seven baby ducks from the about six feet down in the drain. Two of the pictures are right after the rescue and the one where you can’t see the babies is about an hour after. The babies are all sleeping under Mamma as I’m sure all were pretty tuckered out.

“Kudos to Charlie and Nikki for their efforts!” 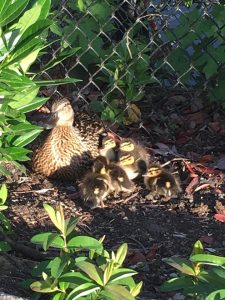 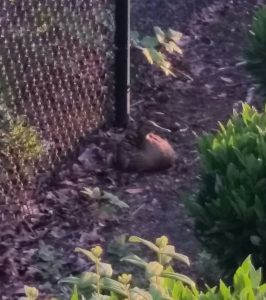